Contrary to its name, stereotactic radiosurgery used to treat brain tumors is not surgery at all. It is called radiosurgery because it uses radiation like surgery to treat tumors. However, instead of surgically removing the tumor, this non-invasive procedure utilizes intense focused beams of radiation to damage the DNA of cells in brain tumors, secondary brain tumors (also called metastatic brain cancer or “mets”), meningiomas, and acoustic neuromas. SRS radiation also can be used to treat trigeminal neuralgia.

What is stereotactic radiosurgery?

Stereotactic radiosurgery uses high-intensity and highly focused radiation beams to destroy the DNA of cells in tumors to prevent them from duplicating and growing. It is a non-invasive procedure that is used to treat tumors, both cancerous and benign, in different parts of the body. Neurosurgery One uses stereotactic radiosurgery specifically to treat tumors in the head and brain and also to treat trigeminal neuralgia. In the case of trigeminal neuralgia, the radiation destroys the nerve ending that is sending pain signals to the brain.

Is SRS radiation the same thing as gamma knife?

What is ZAP-X Gyroscopic Radiosurgery?

Zap-X Gyroscopic Radiosurgery is one of the most recent innovative types of stereotactic radiosurgery.  Approved by the FDA in 2017, the ZAP-X system is a robotic stereotactic radiosurgery medical device that offers treatment for many types of primary brain tumors, metastatic brain cancer (“mets”), and other conditions in the brain, head and neck. ZAP-X utilizes unique gyroscopic motion to direct radiosurgical beams that precisely focus radiation on the tumor while helping to minimize radiation exposure to surrounding healthy brain tissue. The gyroscopic motion allows for the radiation to be delivered from a multitude of non-coplanar angles to precisely target the tumor, as compared to gamma knife which is only able to deliver radiation in a limited number of angles.

In August 2022, Neurosurgery One became the first provider in the Rocky Mountain region to treat patients using Zap-X technolgy. We plan to use Zap-X for all stereotactic radiosurgeries, replacing gamma knife as it delivers the same pinpoint accuracy but in a much more comfortable fashion.

How is Zap-X different from gamma knife?

Stereotactic radiosurgery, or SRS, is not surgery at all. In fact, it is a non-invasive procedure that uses radiation to destroy the DNA in brain tumor cells so that they cannot reproduce. It also can be used to treat acoustic neuroma tumors and trigeminal neuralgia.

Stereotactic radiosurgery is performed as on outpatient procedure, which means you check in, have the procedure, and go home on the same day.

The Colorado TN Clinic at Neurosurgery One offers stereotactic radiosurgery as one of three treatment options for trigeminal neuralgia. This non-invasive procedure intentionally damages the trigeminal nerve, stopping the nerve from conducting pain signals. Since the beams are focused on the target, the procedure results in minimal damage to healthy tissue. The procedure is completed in one visit and patients return to daily activity the next day.

Dr. J. Adair Prall, Medical Director of the Colorado TN Clinic, has performed more than 850 stereotactic radiosurgery procedures. Research has shown Zap-X treatment to have similar outcomes as CyberKnife, which also delivers radiation from thousands of angles like the Zap-X treatment. 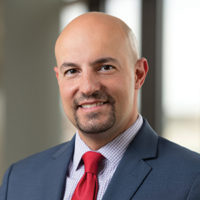 Let us help you feel a difference.

Complete this form and we will call you within 24 hours to schedule your appointment.